It is an honour to become Chairman of ‘The London Freight Club.’ I have been a member of the LFC since 1994, during this time I have seen how the club continues to evolve. The LFC is an important institution coming to adapt to the ever-changing world of shipping and freight. It is the number one regular forum for networking within our industry helping to develop goodwill in a friendly and sociable atmosphere. We continue to encompass the ever-changing dynamics within the freight industry. I am proud that the money the LFC raises each year is given to charitable organisations. It is with a healthy membership and an active club that we can continue to donate to worthy causes each year. I started my career in 1985 as a management trainee at Greenjack shipping, for the younger members they where the agents for Evergreen Line. I then progress to another liner agent where I continued to develop my career, having opportunity to work in London as well as regular time at Port of Felixstowe. After some years I changed to the forwarding side of our industry and joined Comprehensive Shipping who were part of the Trans Global Group of companies. I progressed through the ranks over a period of 16 years at Trans Global and became Ocean Director and then Commercial Director. In 2006 I started my own company International Distribution & Transport Ltd (IDT). Since this time IDT has established itself in the market providing traditional freight forwarding services. We pride ourselves in offering ‘Service beyond the call.’ I am the father of three lovely children and in my spare time I like to spend time with family. I am a keen cyclist and have undertaken many challenges including riding from Lands End to John O’Groats while dressed up as Captain America. I completed the challenge with Spiderman, Batman and Superman. We raised over £ 10,000.00 for a hospital unit. I have raced at the Olympic Velodrome and this May 2022 I will be riding from London to Paris. When not cycling I can often be found watching cricket, I am a member at Surrey. I look forward to my year in the chair and the continued growth and development of The London Freight Club.

Christine Nichols (Chrissy) is a Director and owner of Atlantic Pacific Group Ltd, which comprises of Atlantic Pacific Global Logistics Ltd, within the UK and Ireland, Killick Martin & Company Ltd, Port Express Ltd and Freedom Logistics Ltd. Chrissy has nearly 50 years’ experience in the logistics industry and has worked in Cyprus, Australia and New Zealand along with the UK for many leading freight forwarding companies and shipping lines. Chrissy has been a member of the London Freight Club became for 10 years and was the first women to become a member. She became Vice Chairman of The London Freight Club in February 2022, and becomes the first women to hold this position since 1952. Chrissy is also a member of Women in Transport, and an Ambassador for Every Women. Atlantic Pacific has been nominated eleven times for various industry awards, and Killick Martin has four nominations, most recently Atlantic Pacific for the 2020 BIFA Ocean Services Award and Killick Martin for the 2021 European Services Award. Christine is also a keen supporter of several community organisations and charities. During 2021 Atlantic Pacific were Logistics Partners to ‘Gratitude’ an arts exhibition remembering and celebrating the heroes of the Covid epidemic supporting a nationwide tour raising funds for NHS Charities Together, and has lead a fund raising appeal already this year in her role as Vice Chairman within The London Freight Club for the British Red Cross Ukraine Appeal.

It fills me with enormous pride and great pleasure to have been chairman. Having been a member for 15 plus years and on the committee for the last 3 years i have seen the club evolve, as the industry has and want to ensure the work which has been carried out from past chairmen continues under my tenure. It excites me to see young mixing with experience and therefore its up to the senior members of the club to welcome in ‘new blood’ whilst ensuring the values of such a prestigious club are maintained. Starting in the shipping dept at British ropes (Bridon) at the age of 16 as office junior, dean became sales representative for an nvo (ocean express / confreight) and has progressed over 20 years within the industry to being the commercial director at Globelink fallow, whilst also undertaking a role in europe (Globelinks hq is in Singapore “representative” for their global accounts). I’ve definitely had some career highs, but this definitely tops the lot. I’m very, very proud to represent our members and leaders of our industry and hope to meet with as many as possible to ensure the club continues to grow from strength to strength. 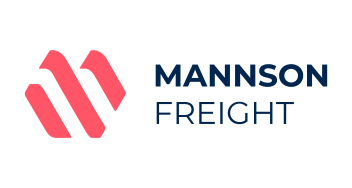